The sights and sounds of Venice are found just wandering the streets and crossing bridges over the canals.  There are however, some sights that are more popular to seek out. They are crowded, but they are still some must-see spots on the list! 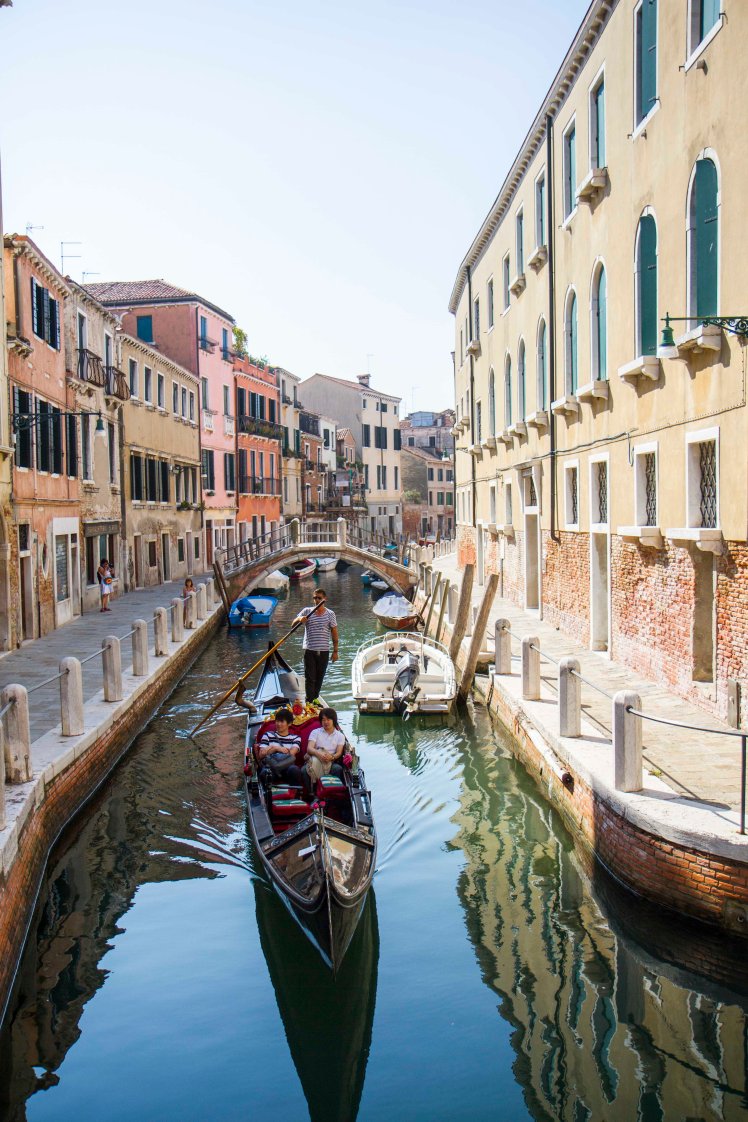 The Grand Canal: I know I’ve mentioned this one before, but the Grand Canal is definetly the widest and most popular canal to visit. You’ll know when you hit it- the waterways open up, the buildings become just a tad more grandiose, and the crowds thicken.  Many shops and restaurants are located along the Grand Canal, along with the famous Rialto Bridge and the markets surrounding it. It’s a fun place to visit if you are prepared to be shoulder to shoulder with tourists for a bit 😉 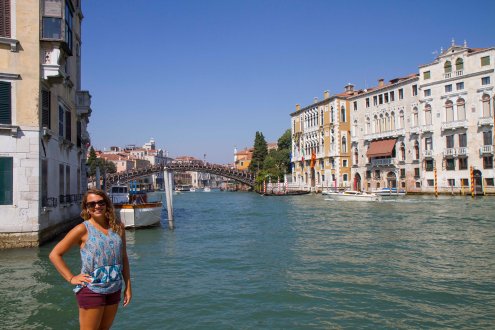 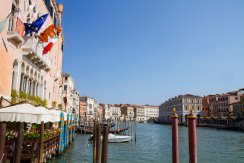 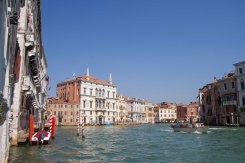 Palazzo Contarini del Bovolo: This house is a little off the beaten path, but so cool! It was recently open for interior visits, but we just stopped by to peak at the outside.  It’s obviously famous for it’s unique architecture and exterior spiral staircase. 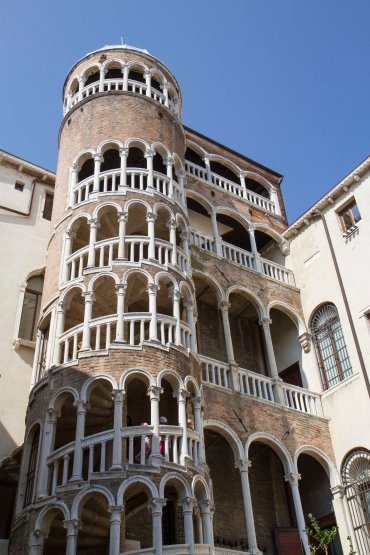 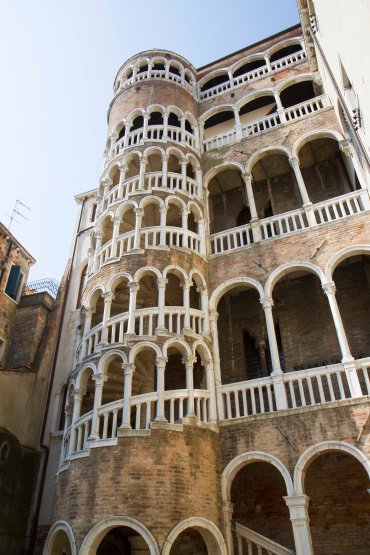 The Bridge of Sighs: Located on a side canal right off the Grand Canal, the Bridge of Sighs is a beautifully decorated bridge suspended between two sections of the Doge’s Palace. (The Doge was the sheriff of the time.)  This walkway led from the interrogation rooms to the prison and was supposedly named because it was where prisoner’s took their last look at the beautiful canal system and let out a final… sighhhh…. 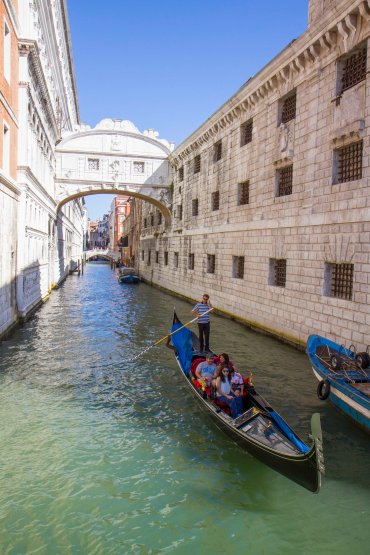 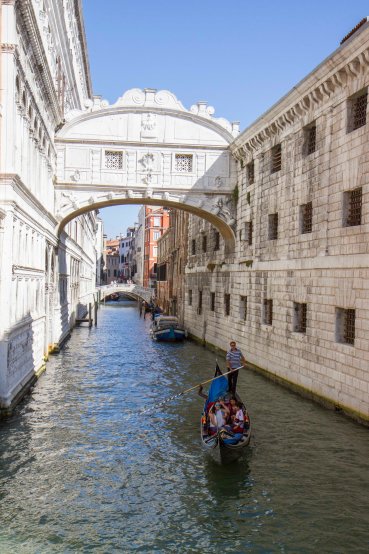 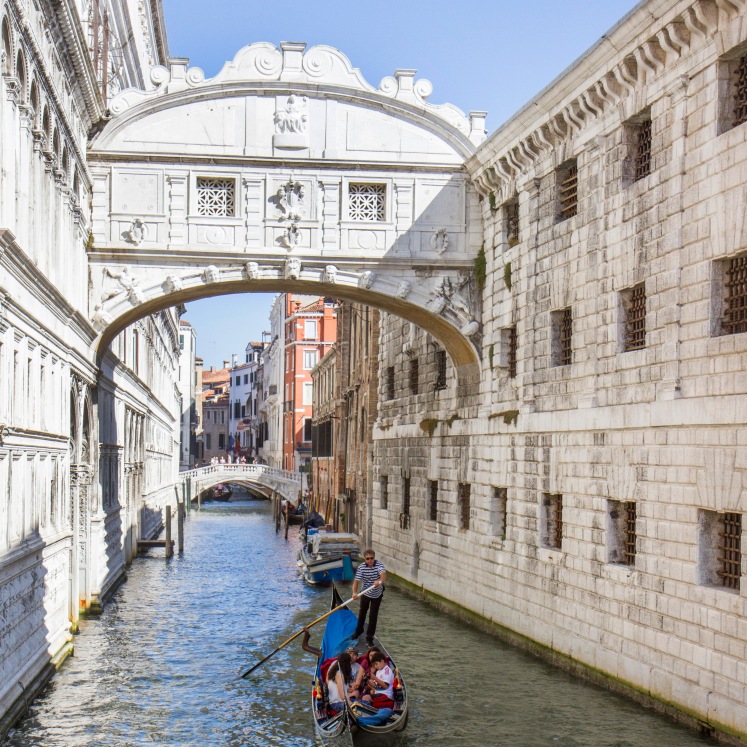 Piazza San Marco: Pizza San Marco is definetly the most touristy, and crowded, place in Venice, but for good reason.  You need to get there early and expect long lines, but the interior of the San Marco Basilica is well worth the wait.  We couldn’t take photos, but the inside is decorated with millions of teeny, tiny Turkish tile mosaics that are so different then the decor of more western Europe. The tile work is truly stunning. You can see some of it on the outside of the building, as well. (In the photo below, the gold section with the scene is depicted in small and shimmery square tiles.) 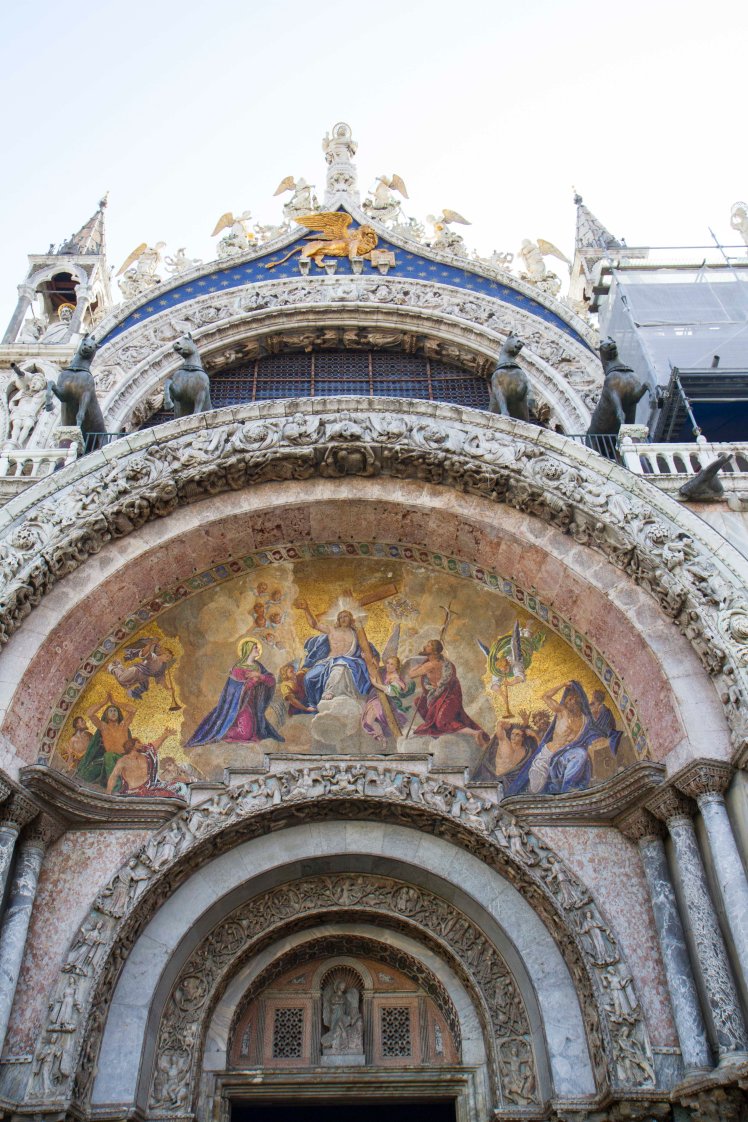 Outside of the basilica, the square also contains a clocktower, a beautiful astronomical clock, and the huge Doge’s Palace. 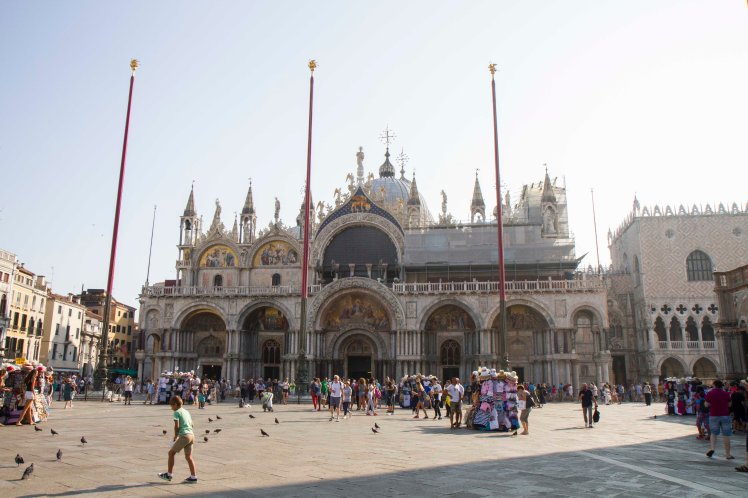 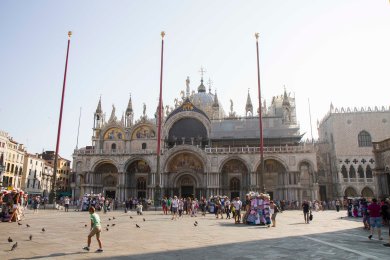 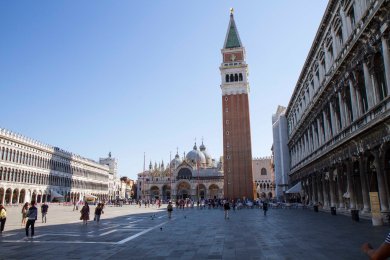 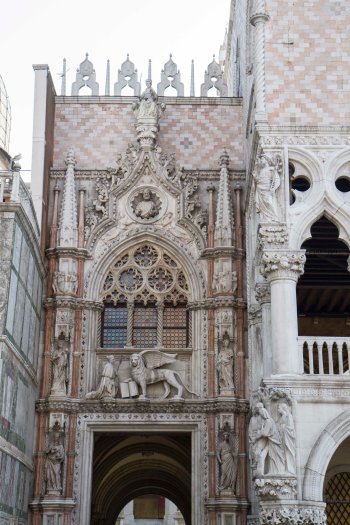 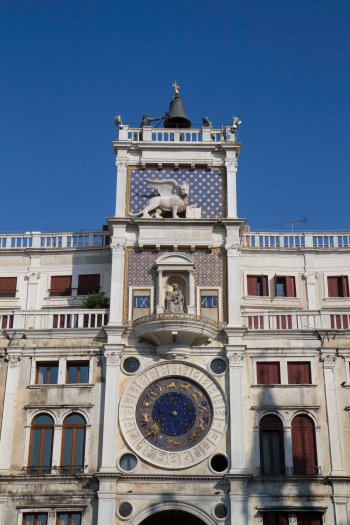 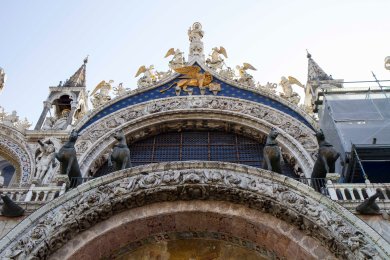 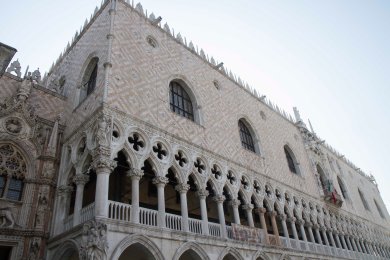 Ponte de Chiodo: Tucked away and hard to find, there is a singular bridge in Venice that has no handrailings.  A sure liability in America, in Venice it is just a nod to history and how the bridges once were before the onset of tourism made railings a necessity.  😉 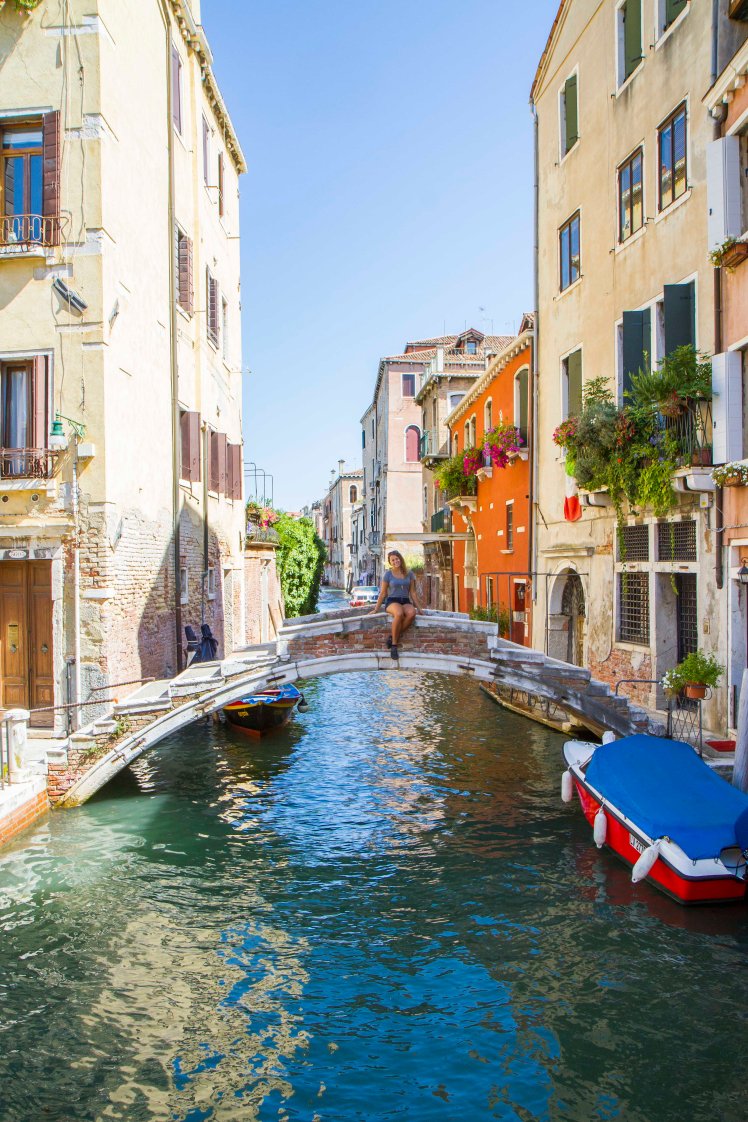 A great little spot to finish up with is a quaint bookstore we found called Liberia Acqua Alta meaning the Bookstore of High Water. As we have mentioned before, all the streets in Venice flood in the winter, known as the season of high water.  This bookstore always floods and the bottom stacks of books get ruined.  The bookstore decided to embrace Venice’s quirky problem and turn it into their own quirky way of doing business. 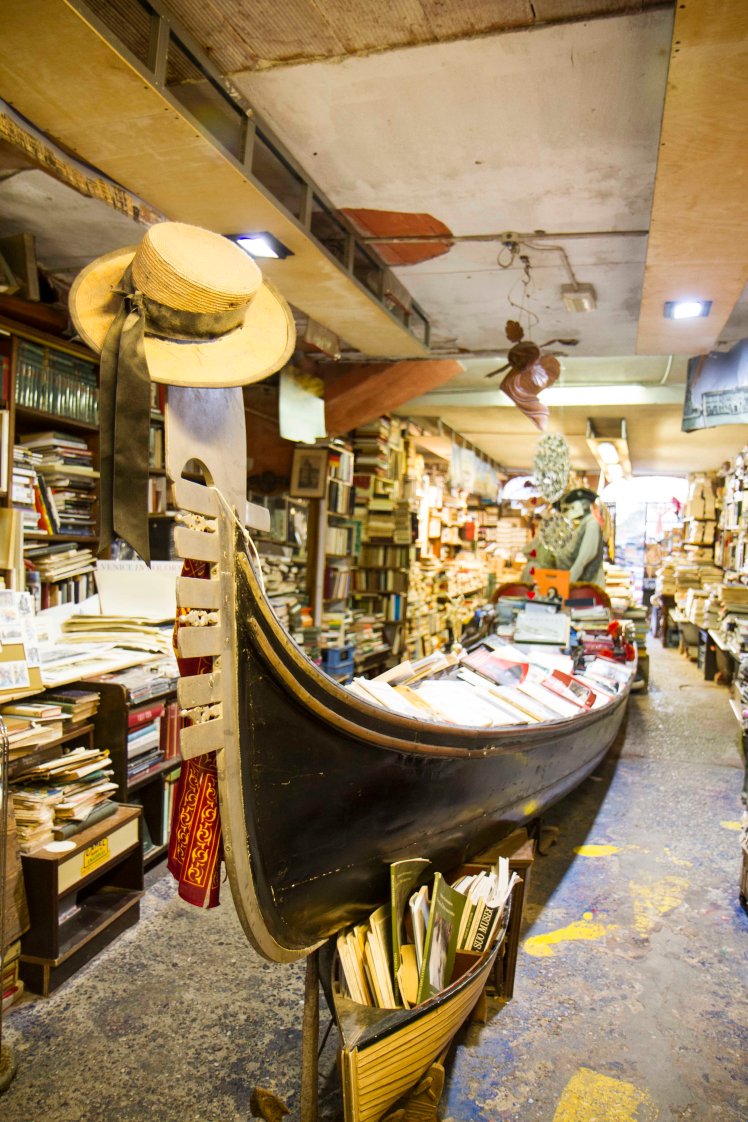 The bookstore sets itself apart by placing hoards of haphazard books in boats, gondolas, flotation devices, or just stacks that reach the ceiling.  They even have two outdoor sections! One alley leading to their store filled with even more books.. and one novel staircase in the back that overlooks a canal when climbed!  They have really made their ruined products into a sight to be seen! 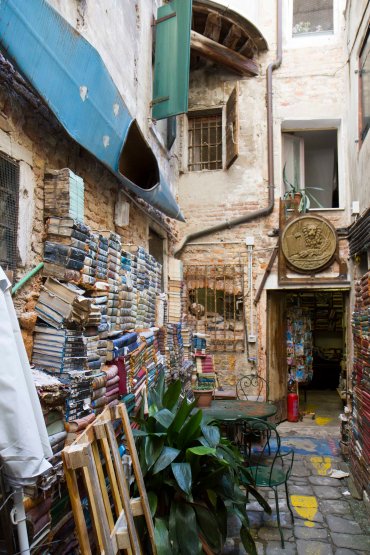 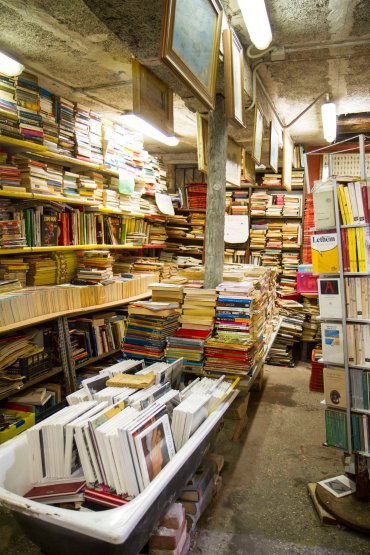 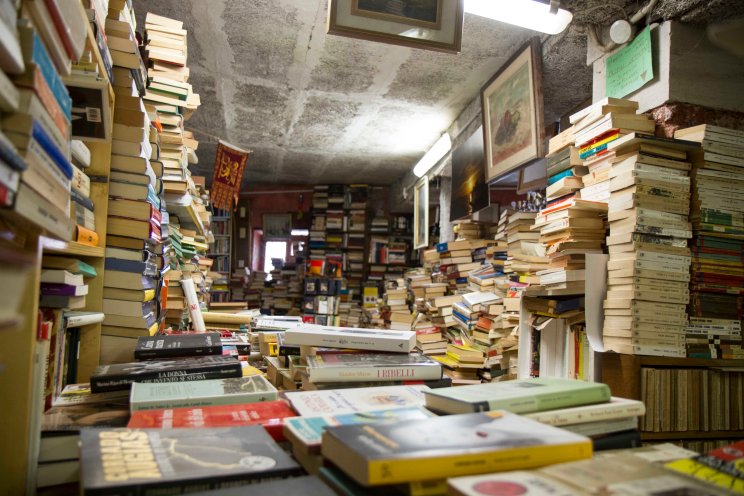 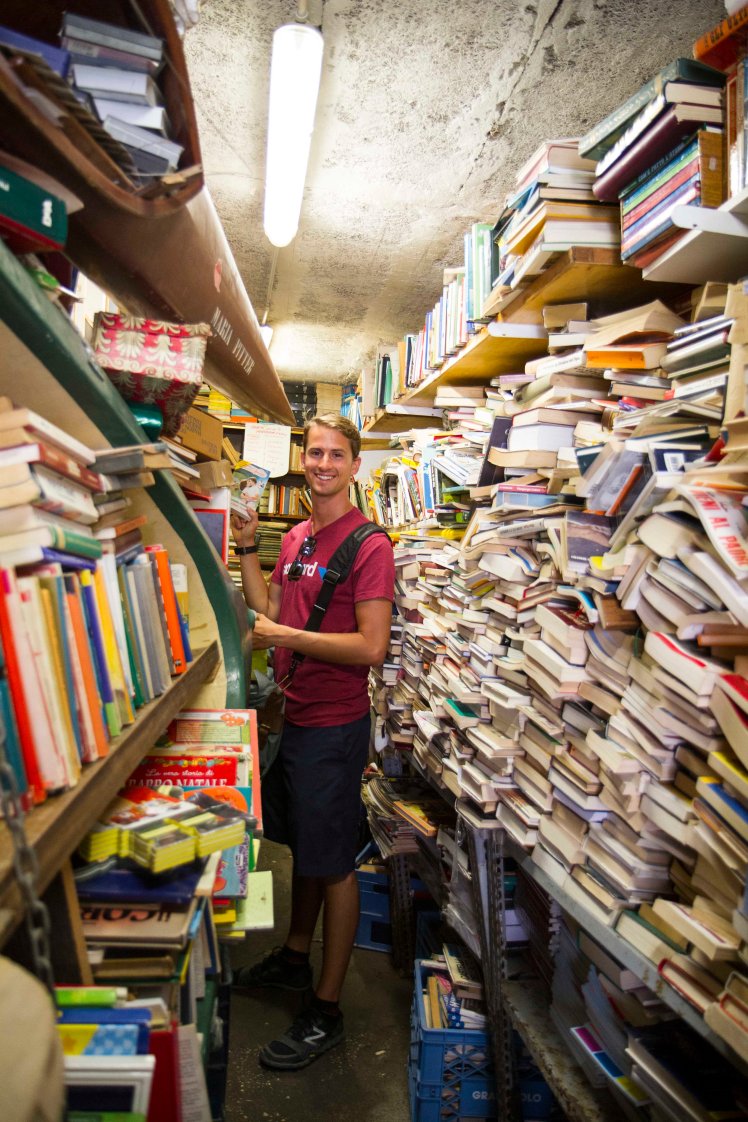 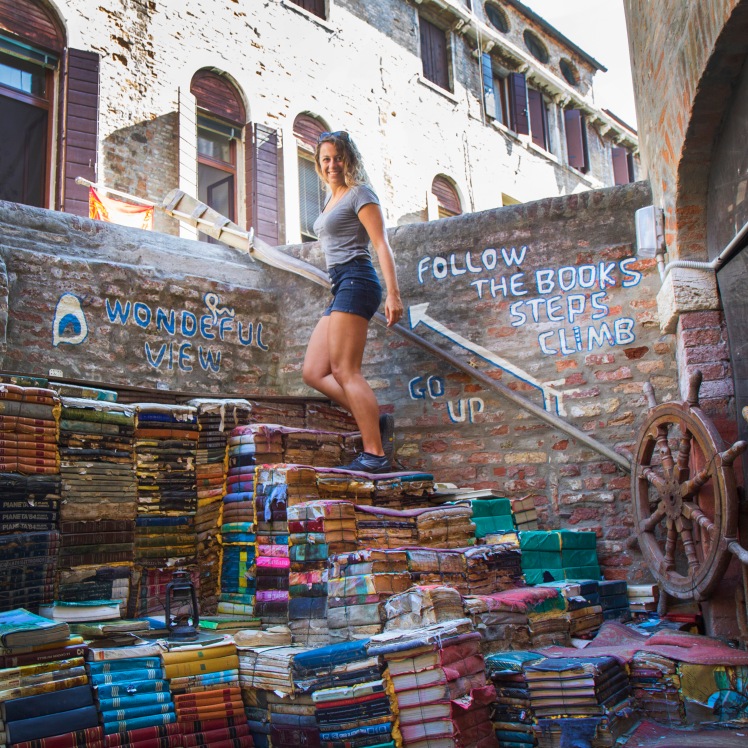 Venice was a magical place and still remains my favorite city we have visited.  Hope this gives you some starting points, and our other Venice blog posts will help you create your own guide to the city!  We leave you with the silliest ones, as always. 🙂 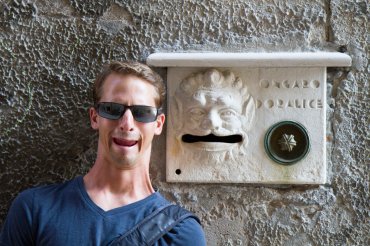 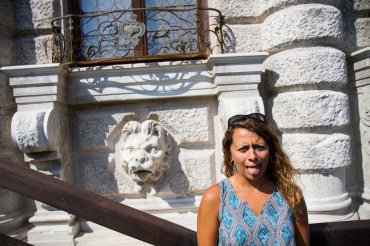