After our vacation week, Brad and I headed to our August accommodation in the countryside between Noto and Avola, Sicily. We are staying in a large, beautiful house on lots of farm land with almond trees, fig trees, olive trees, and a scruffy little dog named Lou!

One of our first weekend adventures was to the nearby city of Noto. Noto is most famous for it’s buildings and 18th century baroque architecture.

We spent the day walking around the city and loved the way the Sicilian architecture is so tall and loud while still being pretty and delicate. There were churches on literally every corner, and although you would think they’d get old- they are all SO different and unique and interesting.

Even the souvenir shops were beautiful! (See below)

The ancient city of Noto was established in 263 BC, by the Romans.

Just take a second and think about that… 263 BC. Remember when we were in Strasbourg and I couldn’t believe I was standing in a Cathedral older than my entire country… That cathedral was built in 1289AD. This city was first established in 263BC. MIND. BLOWN. 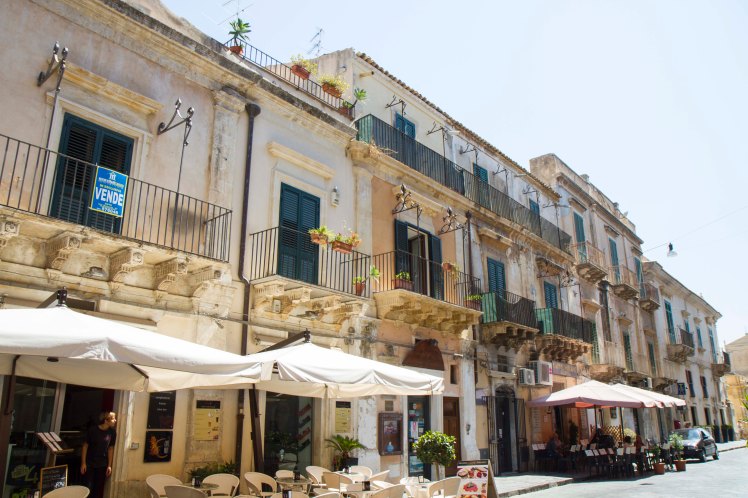 The original town of Noto was unfortunately leveled during a devastating earthquake in 1693, which means the current city was rebuilt in the late 1690s. The old city, now called Noto Antica, is in ruins just outside of town – we will talk about that in a future blog post 🙂

The main sight to see in Noto is the large and beautiful Duomo (cathedral.)  In that classic Sicilian style, the Duomo stands tall in the middle of town. Also called Chiesa Madre di San Nicolò, the duomo has had a long history with earthquakes, structural instability, and inconsistent architects. But have no fear- it now stands stronger than ever! 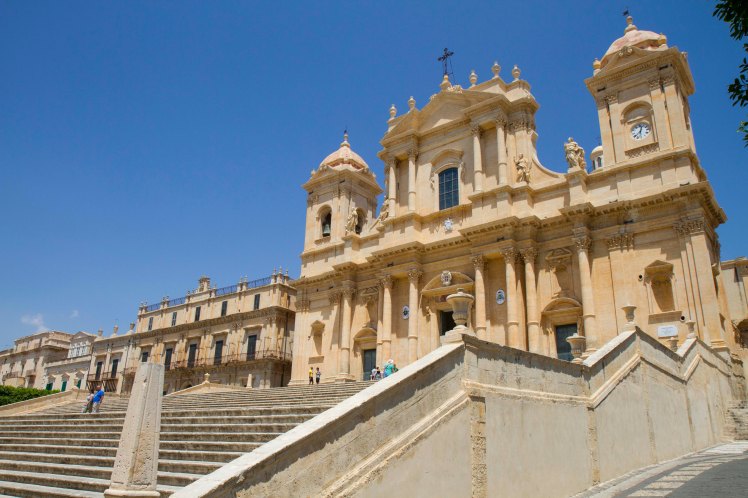 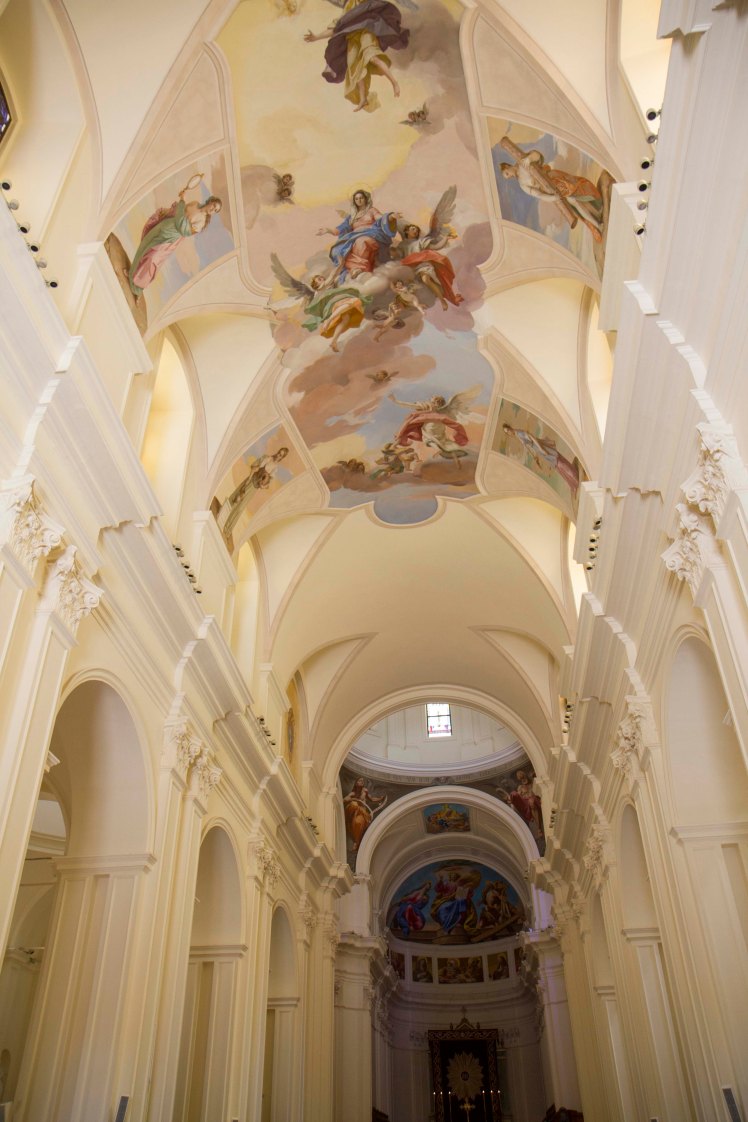 So fun to have a pup around to take photos with! 😉 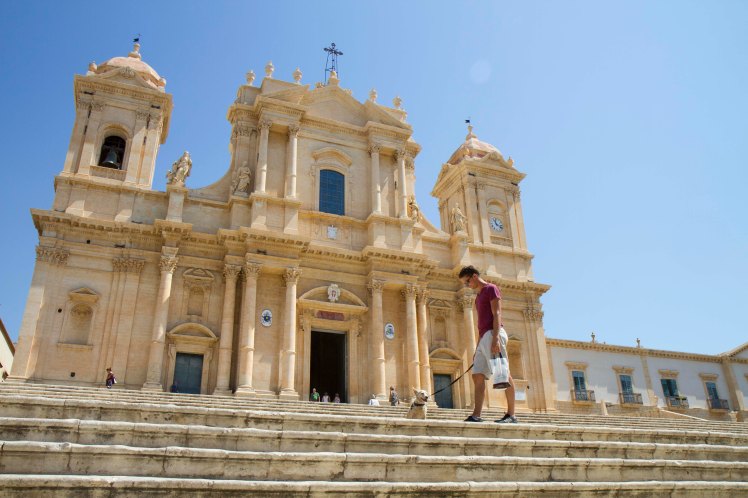 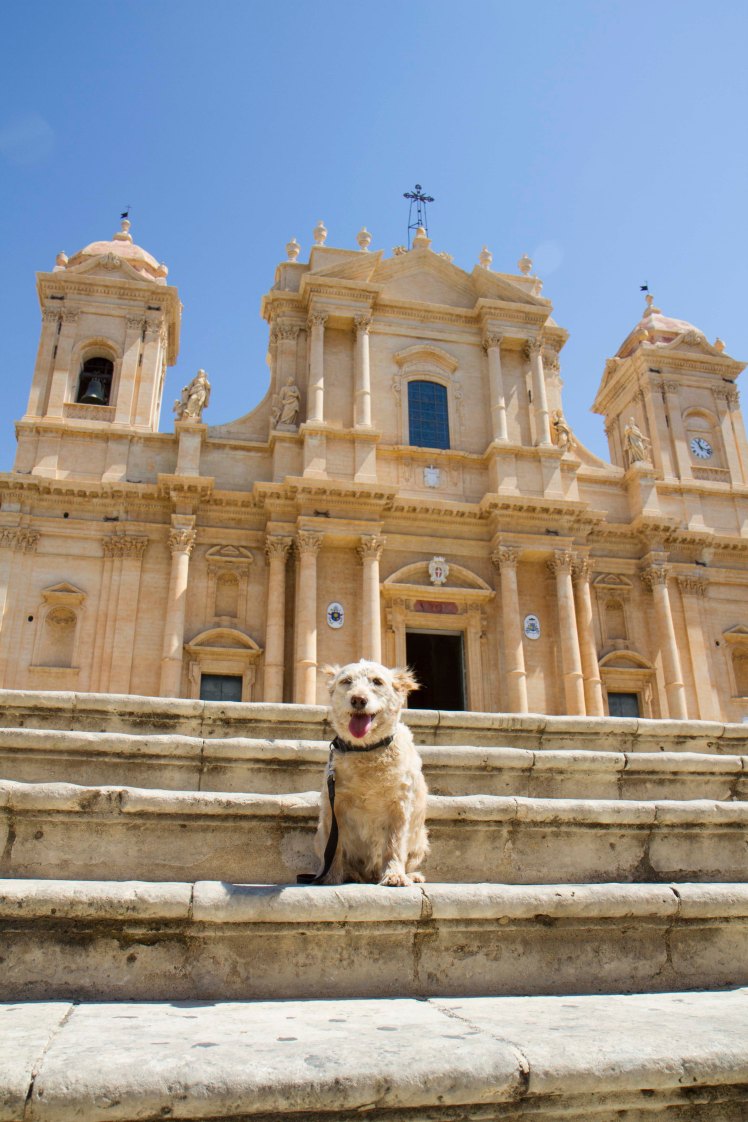 We finished off this HOT HOT HOTTTTTT afternoon with a stop for Granitas. (Similar to what us Americans call “Italian Ice.) We tried an almond and a lemon granita and they were oh so delicious! Italy is gonna have to keep the ice and gelato coming if the heat stays this way! It is SO hot it’s unbelievable. And with no AC in the house.. it stays about 92 degrees INSIDE the house. Pray for a break in the heat for us!! 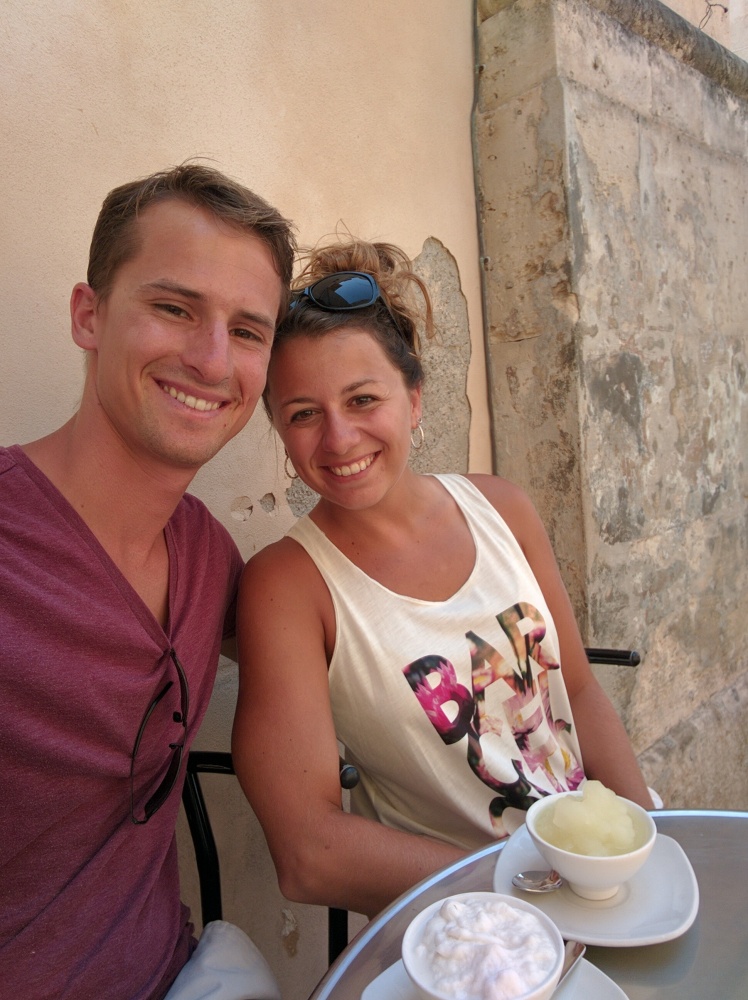 2 thoughts on “Architecture in Noto, Sicily”