Greetings from the south coast of the United Kingdom!

Dawlish is a small seaside city in Devon, England. The town is small with a few stores, restaurants, ice cream parlors, and beachy shops. We bet this town is poppin in the summer! Everything is centered around beach life and beach tourism. Although it is very cold and rainy here in April, we have had a blast spending time on Dawlish’s beaches.

The walk from our house down to the water utilizes the ‘South Coast Path.’ It is a beautiful walk that leads steeply downhill. The railway line rips right through town, along the coast and makes for really unique views from above. When it is storming, the waves break along the seawall and spray viciously over the wall and even hit the tracks sometimes. We came to watch the waves during a storm once and it was amazing to see. 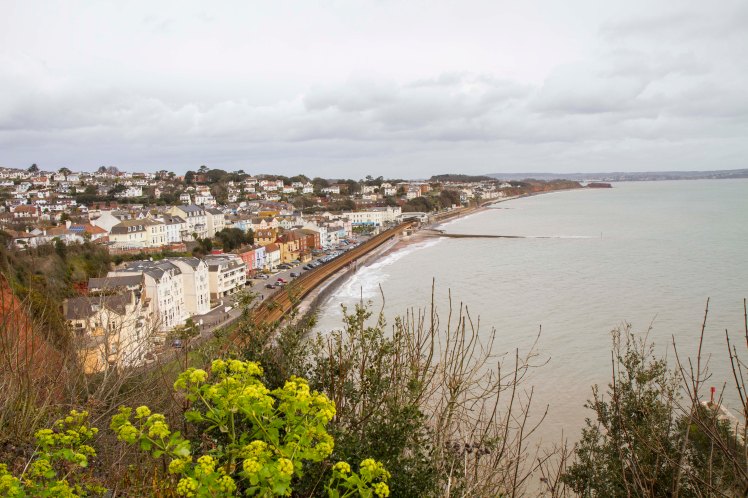 Although there isn’t too much to do in the city, we have been on many hikes. We have hiked to beautiful beaches and viewpoints, tiny towns with thatched roofs, and even through green pastures with cows and horses. The trails get muddy since the atmosphere is so wet here, but the walks have been really pretty and very peaceful.

The people here are so friendly. Everyone stops to chat and ask about where we are from. It is nice to be in a country where you speak the language again, that’s for sure. 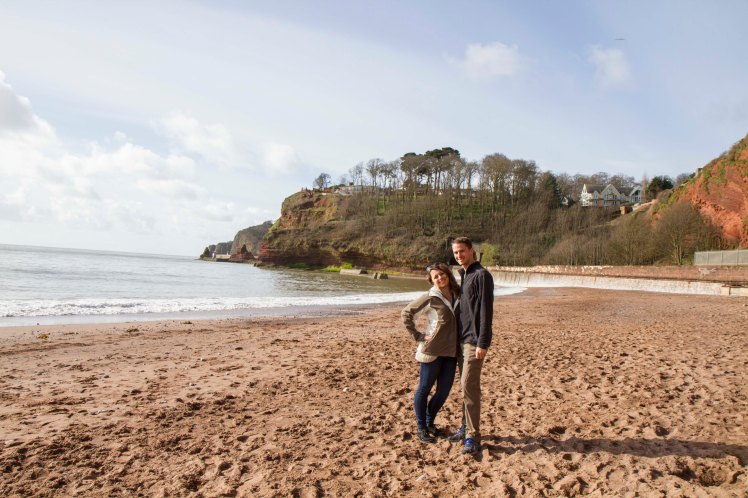 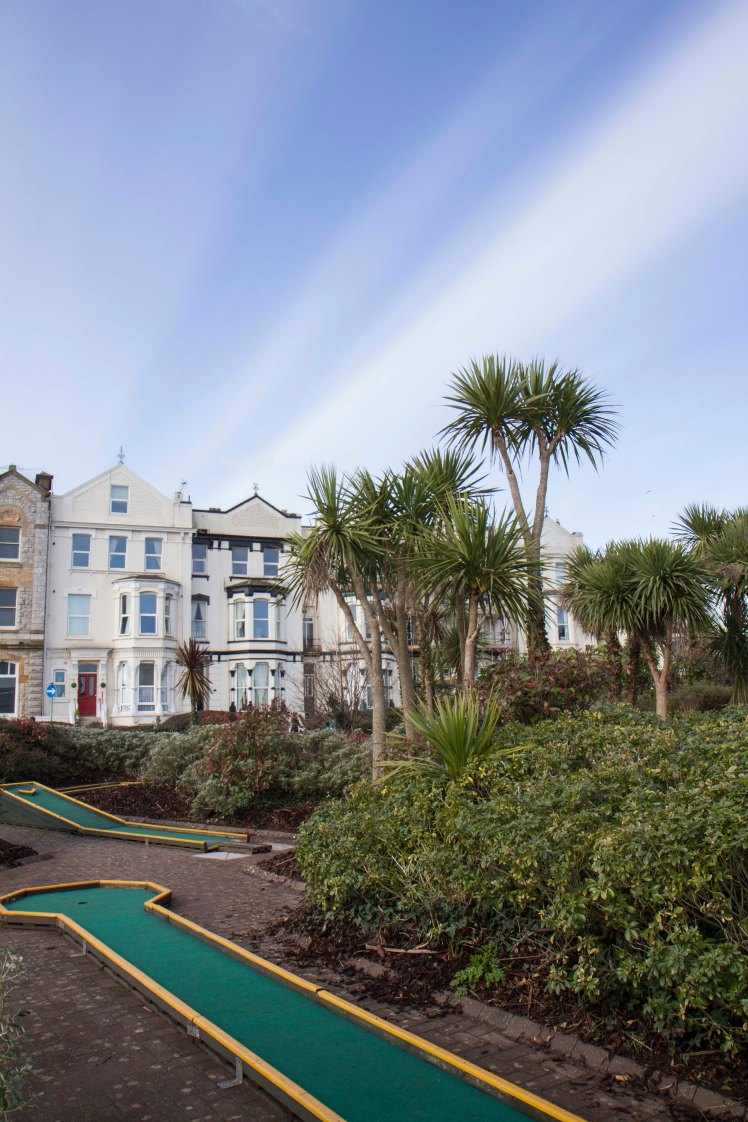 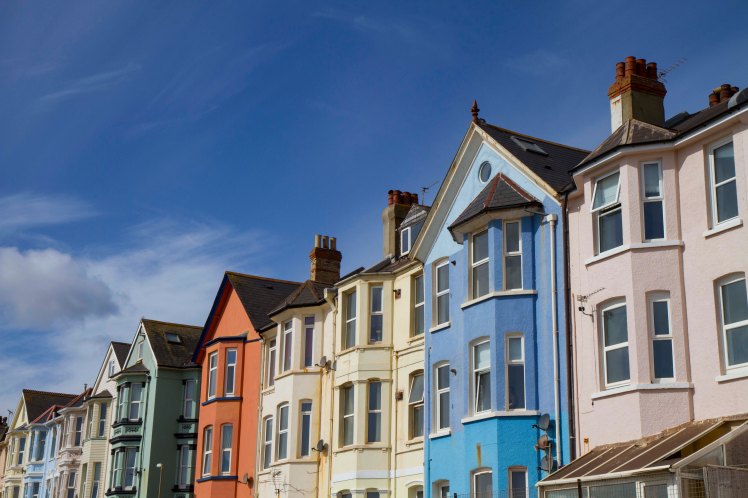 Interesting fact: Dawlish is known and celebrated for having black swans. Apparently, many years ago, an Australian brought some black swans over as a gift and they have been part of the city for generations. These babies, the signets, were just born a few weeks ago! They are watched and protected in the canals in the city center.

Dawlish Warren is the resort area of town. They have some go-karts set up, BBQ and Ice Cream stands, arcades, and of course the prettiest stretches of beach. Most of the beaches around Dawlish just have pebbles and rocks, but the Dawlish Warren beaches seem to be where the shells actually wash up. I love the beach and love finding shells so keeping my collection to a minimum has been difficult   🙂 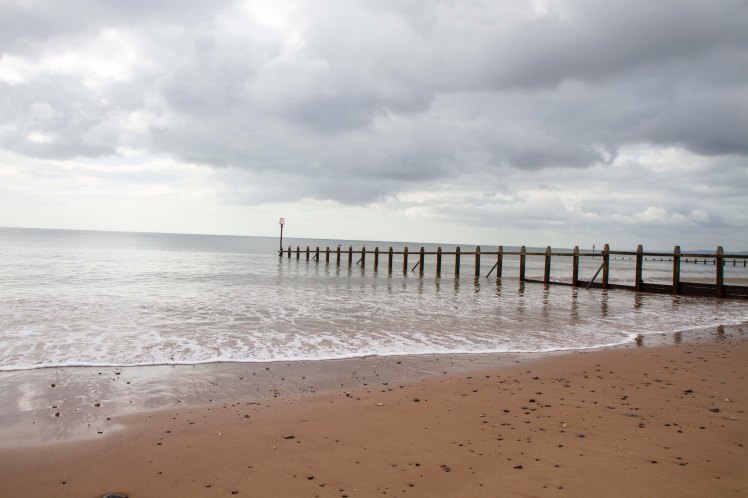 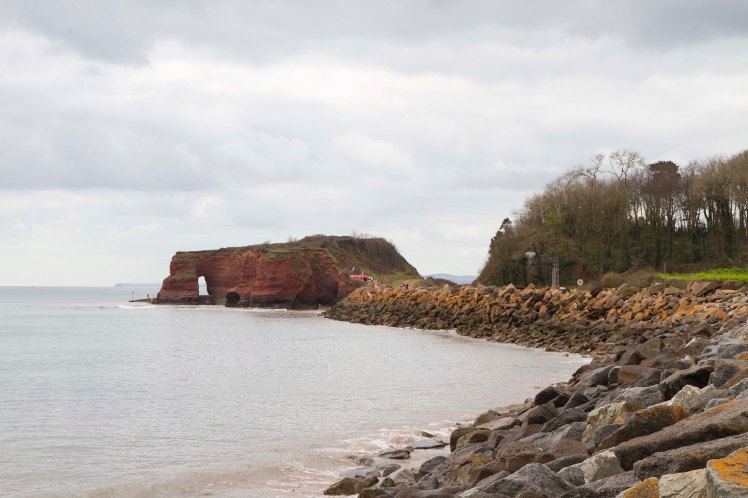 Side story — I mentioned to Brad that I had never seen a starfish before. Like a real life, in the ocean, starfish. A few days later, we were walking down on the beach and we found one! I couldn’t believe it. The little guy was orangey-red and so cute and definitely still alive, but had washed up quite far onto the shore. We tossed him back in the water so he could live. Literally the instant he was submerged in the water, a seagull flew down and snatched him up!! Ten feet in front of us! We tried to chase the seagull to make him drop the starfish, but he just flew away with our little friend in his beak! Brad called it the circle of life but I couldn’t help but feel like we had a part in the little guys demise! Ahhh!

We have been having a great time hiking here and can’t wait to keep exploring the nearby towns. Cheers!