Back in December, I was racking my brain over what to get Brad for his birthday. We were prepping for this trip.. all our stuff was in boxes.. we were down to one car and no real “home” and I was running low on ideas. I settled on a day trip from Strasbourg to Baden-Baden, Germany! Since this trip wouldn’t be for a few months, I needed something to give him in the mean time. With the help of my step-brother Ben, we planned a really fun night!

We developed a bunch of “Amazing Race” style challenges. Brad had to complete one challenge against each member of the family to be awarded clues that revealed the day trip. Throughout the night Brad had to out-dance, out-rap, and out-race eight family members to be awarded the clues to the trip. Everyone had their own challenge and brought their own fun twist to the game and it was a great night with great food and family.

That all brings us to this past weekend when we finally took the trip we planned back in December. Strasbourg is only about an hour train ride away from Baden-Baden, Germany and we had a great time visiting! 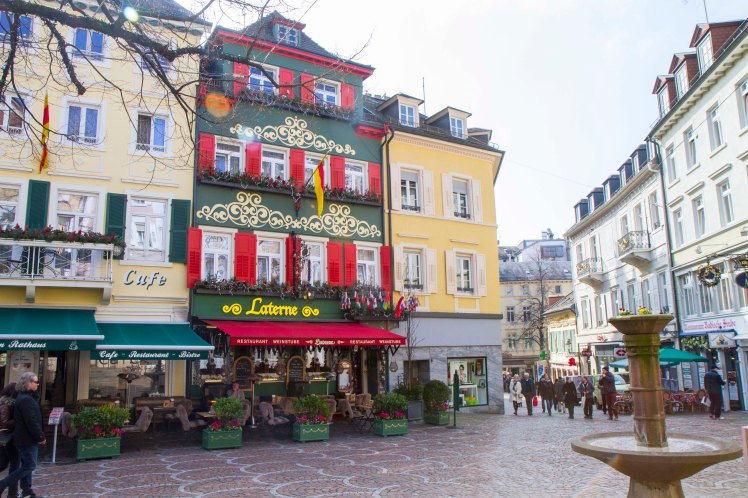 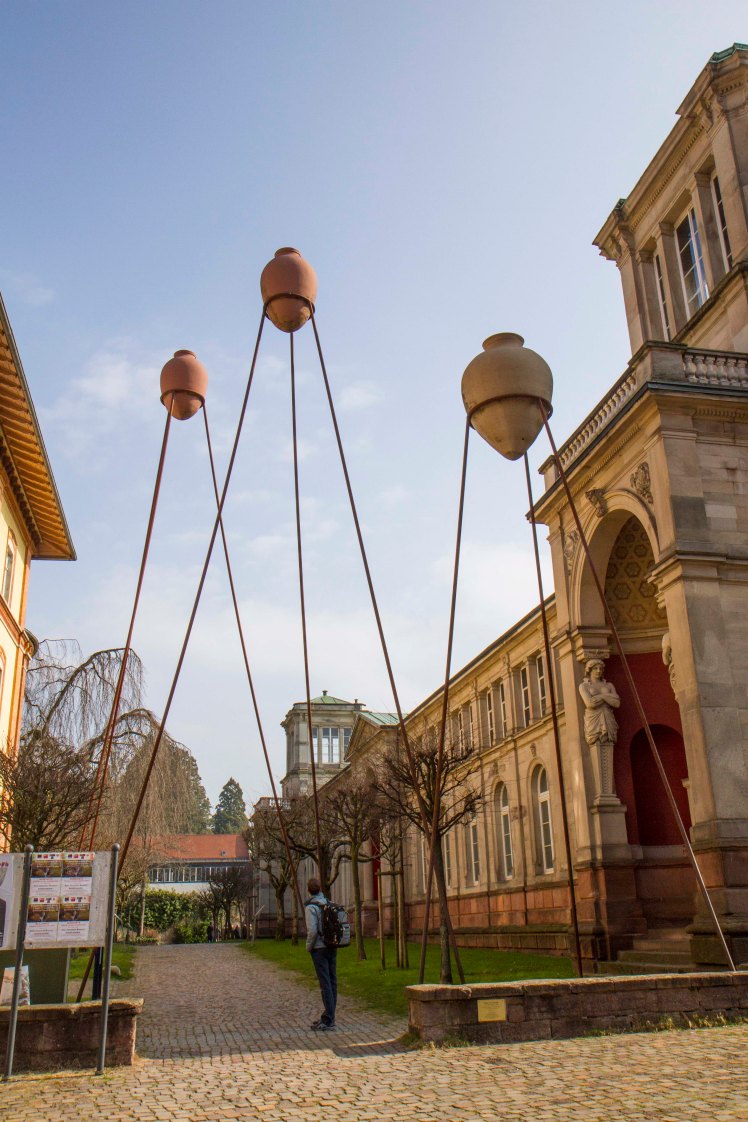 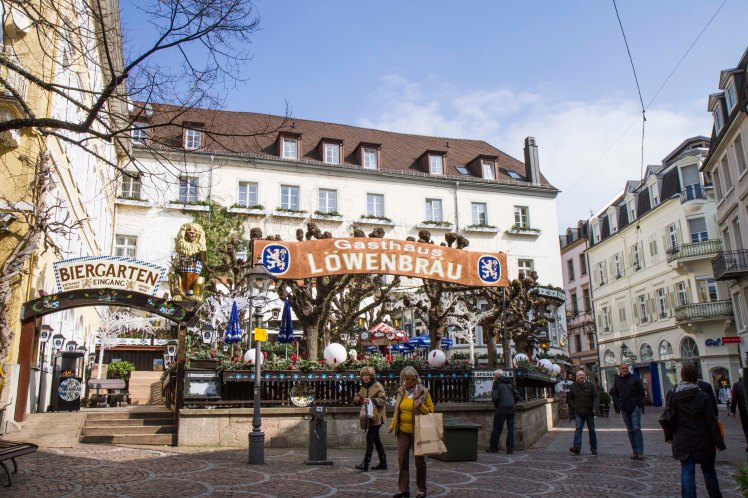 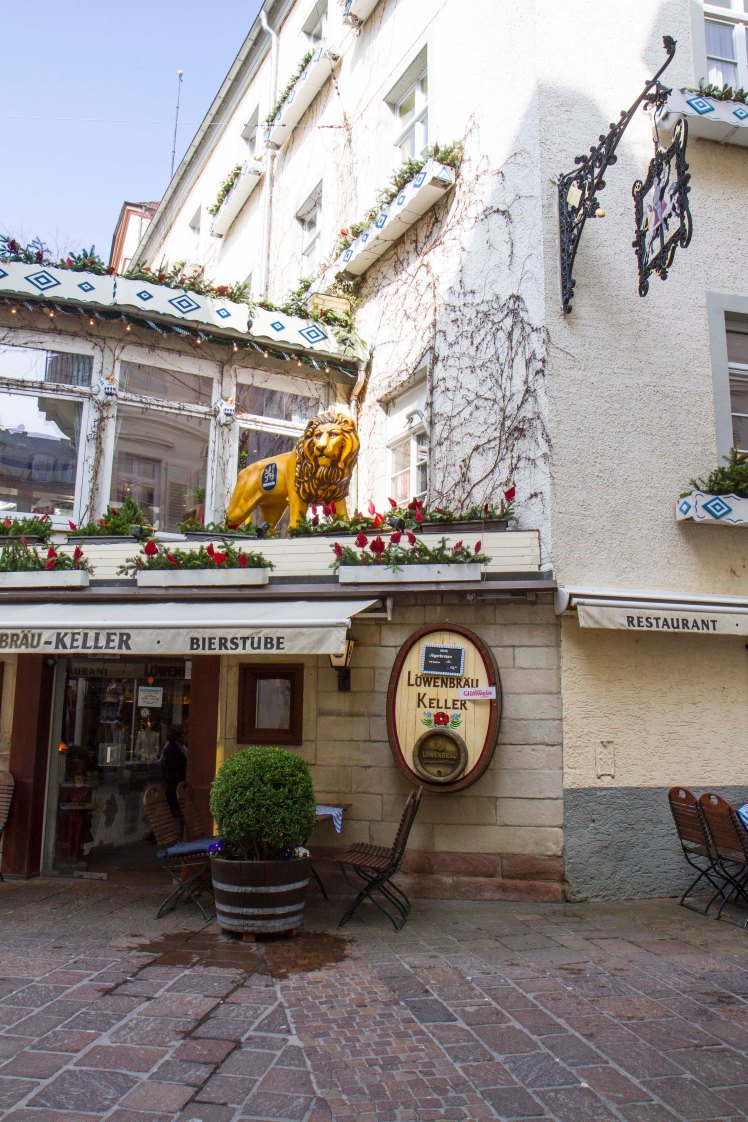 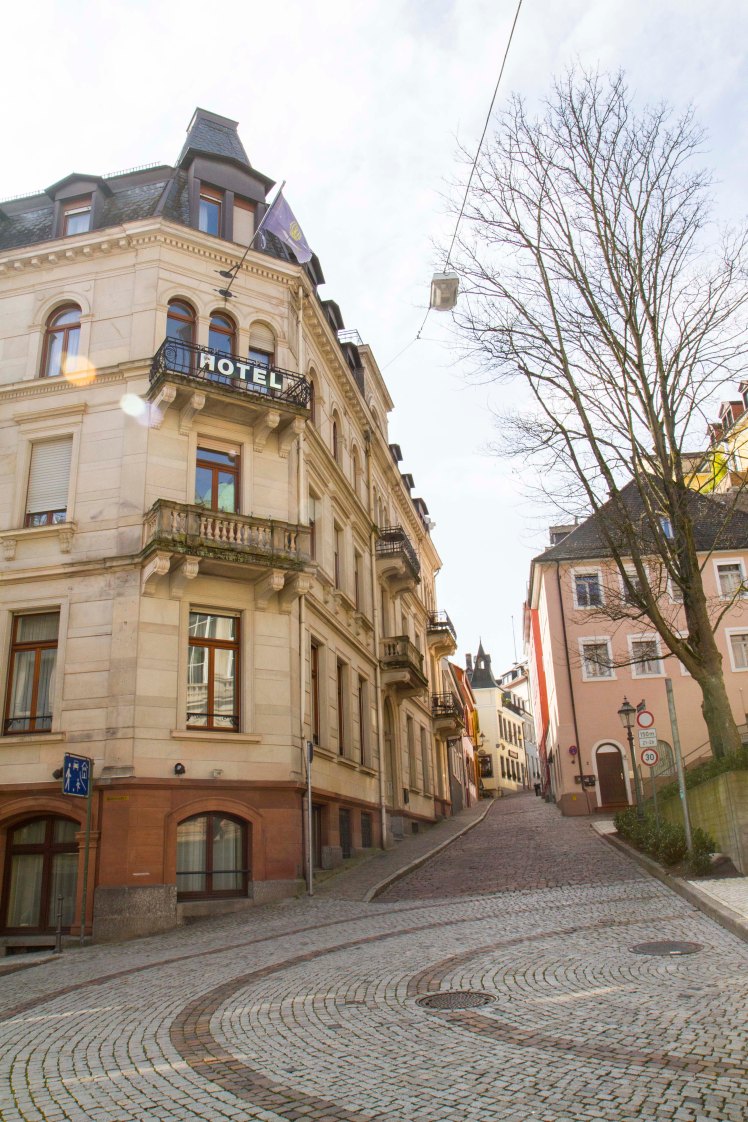 The city of Baden-Baden (literally meaning bath-bath) is a spa town. It is absolutely beautiful and so clean and immaculate. It reminded us a lot of Park City, Utah with it’s affluent, yet charming culture.   The streets were windy and cobblestone but a very different architecture than where we are staying in Strasbourg. The people were friendly and spoke more English than I expected and we had a really nice time walking around the town. 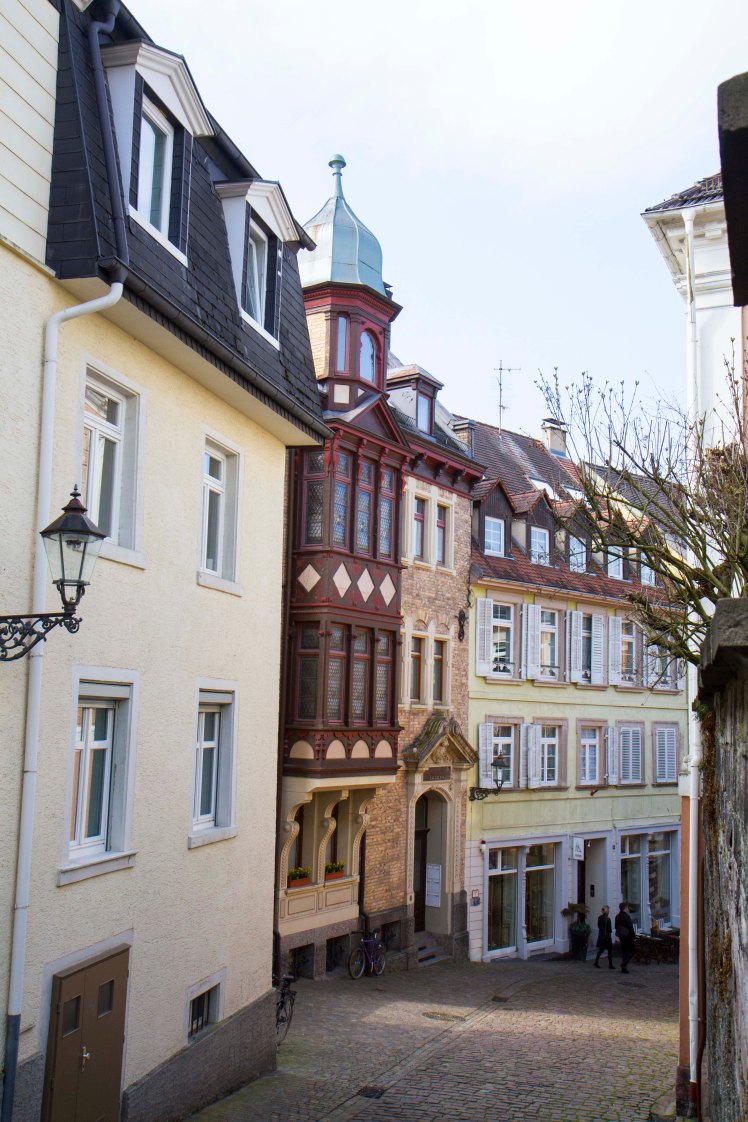 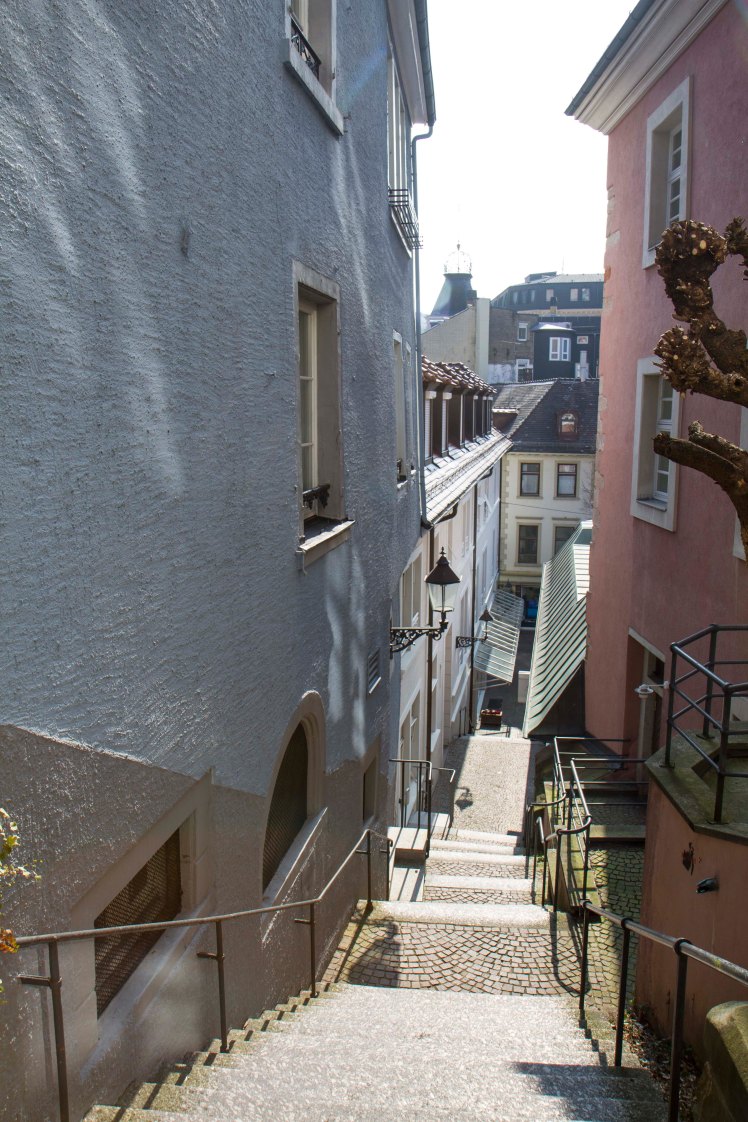 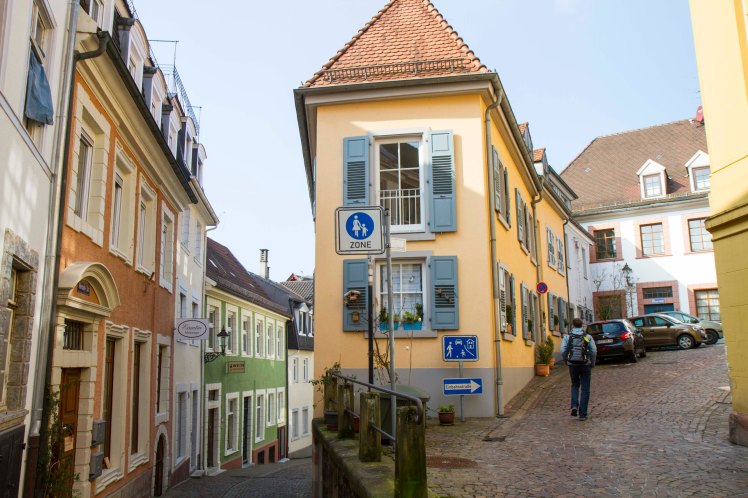 Our favorite part of this day, by far, was our visit to Caracalla Therme. Since Baden-Baden is known for it’s spas and thermal pools, we couldn’t leave without that experience. We bought a two hour pass, but let me tell you… we could have easily stayed for 4-5 hours instead. The therme (a complex of thermal pools) had three giant pools at varying degrees of warmth, as well as a heating lamp/tanning area and a hot grotto with really HOT water. (They also have traditional Roman Saunas which we stayed away from since we aren’t super into hot rooms with naked people.)

There were waterfalls and fountains and it was absolutely stunning and relaxing. There are pools inside and outside so you can experience both atmospheres. It was amazing to be outside in the 35 degree weather and calmly floating in 98 degree water. I can not say enough good things about this place. Except one- you couldn’t take any photos so I don’t have much to share 😦 I snapped these two photos before getting caught and yelled at—but I am also pulling some off their website to share with you here.

After our jaunt in the thermal pools, we continued to tour the town. We had a traditional German lunch of schnitzel and bratwurst and we walked through several large parks.. Germany gave us hope that Spring will be here soon! Although it was still very cold, the flowers have started blooming and made us feel a little warmer 🙂 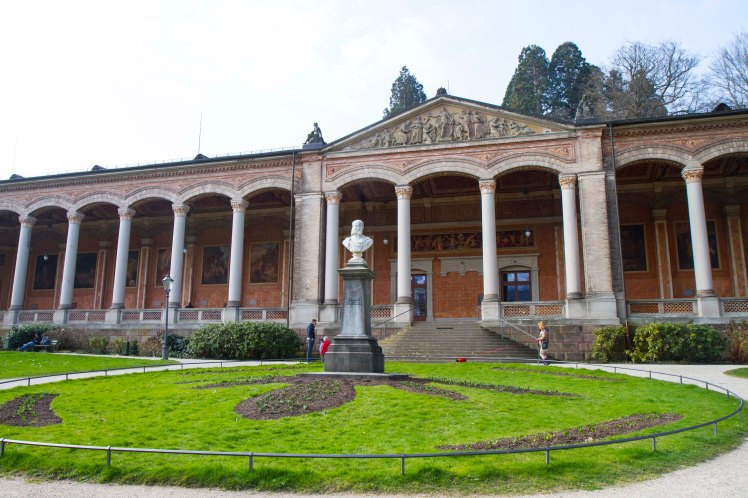 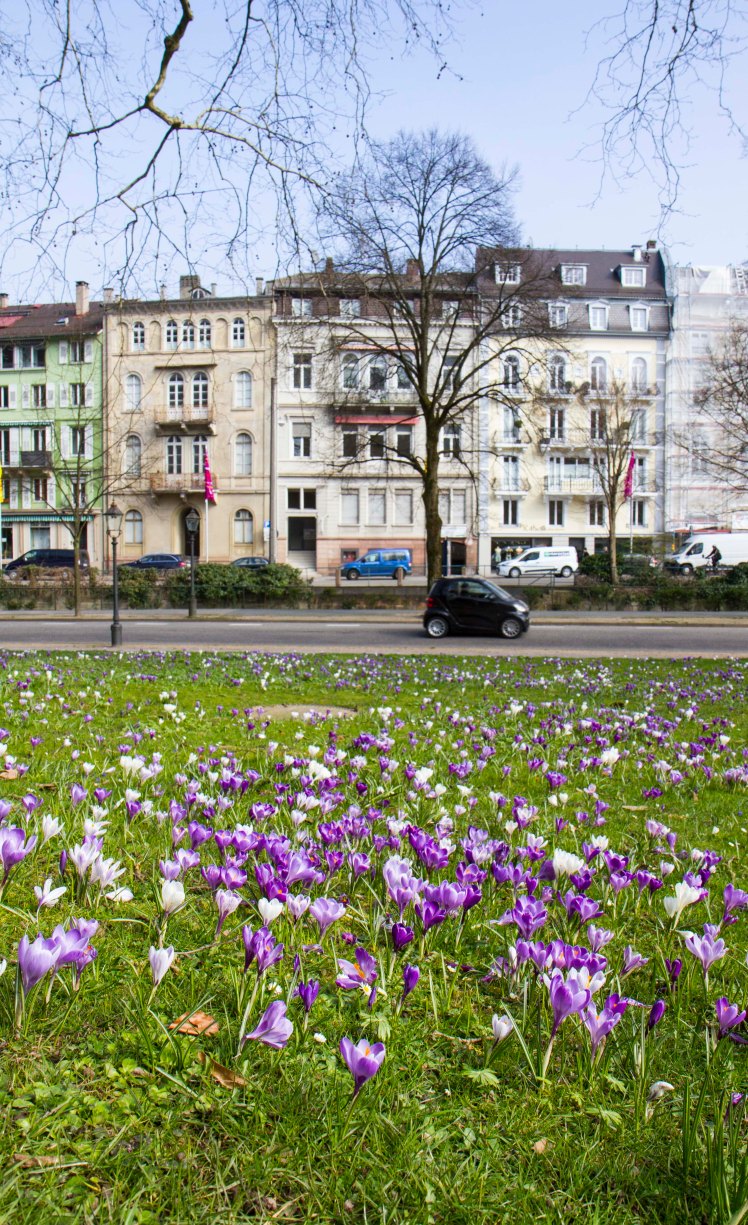 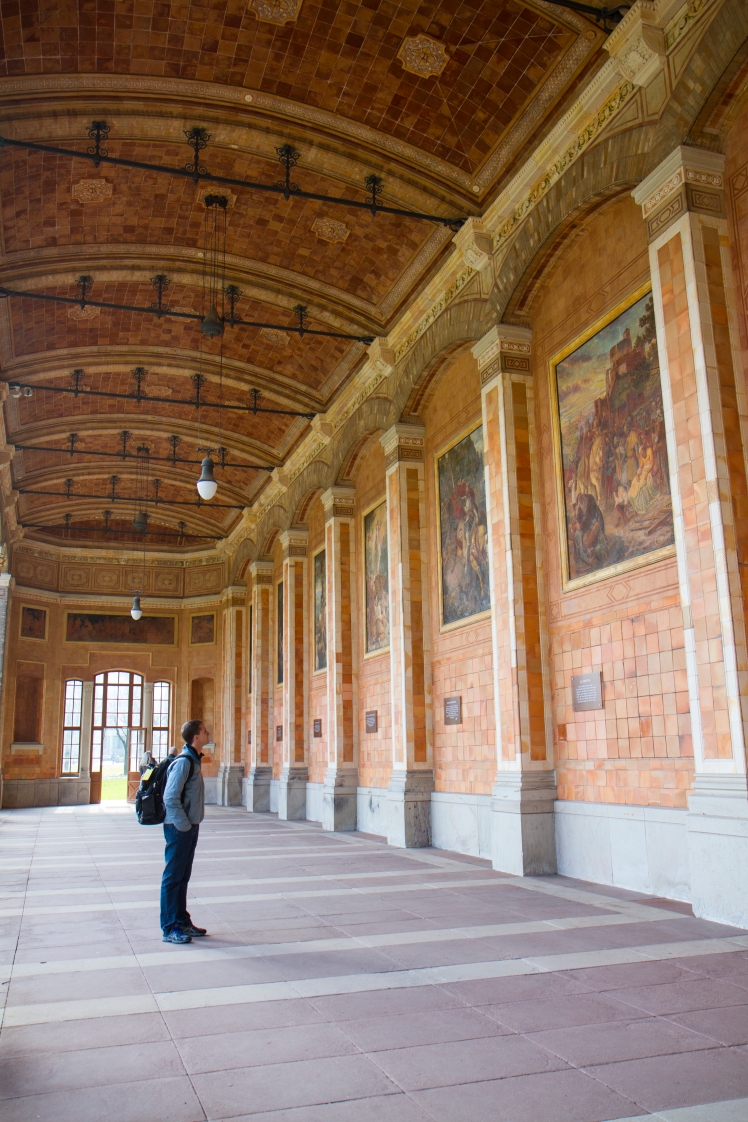 Overall, we had a great time. I have found that I still have major anxiety in train stations when we can’t speak the language. I am always so nervous we are going to miss our connecting train and be stranded in the middle of nowhere with no one that speaks English- and believe me- that has almost happened to us 2 or 3 times. But overall, even from going from English to French to German.. it’s all an adventure and we are making it by just fine 🙂

Since the family is always dying for more pastry pictures.. I will leave you with these gems. No pastries for us in Germany but we had to try some German chocolate. 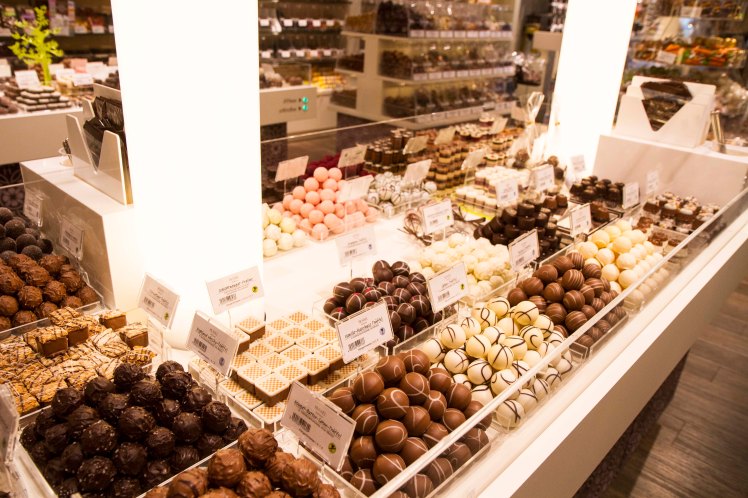